Or “Pointed Setters” as my 3-year old daughter used to call them!   There is no other plant synonymous with Christmas as the poinsettia.  What a delightful addition to every home to brighten up a dark and dreary winter day during the holidays!

Here in Mexico, however, discovering that poinsettias grow with wild abandon practically everywhere, is also truly delightful.  The plants tower over walls, spill over fences and adorn a garden in a perennial shrub in a blaze of color.  With careful pruning, they can actually grow into trees.

ORIGINS OF THE POINSETTIA – Cuetlaxochitl

How did the poinsettia become a holiday tradition?  As early as the 14th Century, the Aztecs used the milky sap to reduce fevers and the leaves were used to make red and purple dye for textiles.  Legend has it that the Aztec emperor Montezuma, loved the plant so much that he ensured poinsettias were shipped to Teotihuacan (north-east of current day Mexico City), as the plants could not grow at the high altitude.  Although a common decorative plant in Mexican tradition, it wasn’t until the 17th century that the poinsettia’s popularity began.

Franciscan monks, in the small town of Taxco de Alarcón (south-west México) used the plant in their Nativity processions.  During this same period, the Mexican legend of Pepita, a poor peasant girl, and the “Flowers of the Holy Night” spread.  Pepita, at her village church altar, was sad because she didn’t have a gift for baby Jesus.  Her cousin told her that it didn’t matter the value of the gift as long as it was given with love.  Pepita went out and gathered a bunch of weeds, wrapped them together and laid them at the altar of baby Jesus. It is said that the leaves turned bright red and became a poinsettia.  The popularity of the poinsettia remained local and in anonymity for nearly 200 years until Joel Roberts Poinsett introduced it to the United States.

WHO WAS JOEL ROBERTS POINSETT?

The first United States Ambassador to México in the 1820’s and a passionate botanist.  On a diplomatic visit to the country, he visited Taxco and discovered this unfamiliar plant.  Poinsett began to ship the plants to his greenhouse in South Carolina where he began to cultivate, shared the plant with colleagues and friends during the holidays.  Popularity of the plant spread until Robert Buist, a Pennsylvania nurseryman, cultivated and sold them to the public.  Both its botanical name, and Aztec name were too difficult to pronounce and so in 1836 it was officially changed to Poinsettia after the ambassador who introduced the plant to the United States.

Christmas, no matter where you celebrate, would not be Christmas without a variety of red, and now white and pink poinsettias adorning your home. Find Joy in the little things, celebrate with family and your family of friends, reach out to someone who is alone, find warmth and hospitality wherever you go.

All of us at Lake Chapala Real Estate wish you and yours a wonderful season of reflection, celebration and a pointed setter or two adorning your home! 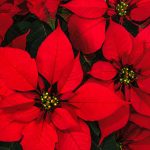 The 4 Ps of Christmas 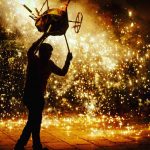 Cohetes - the Noise of Life!