“Butterflies can’t see their wings. They can’t see how truly beautiful they are, but everyone else can. People are like that as well.”
― Naya Rivera

The Monarch butterflies fly as much as 100 miles a day on their 3000 mile + journey south to migrate from the US and Canada every year to the middle of nowhere over 10,0000 feet high up in the mountains in Michoacan, Mexico. They were thought to be a plague by the indigenous Indians in the region, much like we view the locusts in Biblical times until a Canadian couple happened upon the spot and were astounded by the discovery and shared it with the fellow scientists. 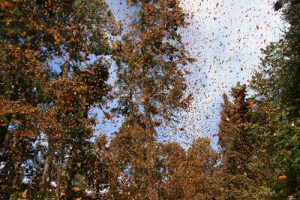 With a combination of serendipitous timing coinciding with my move back to Lake Chapala and Mexico on the Road’s fantastic planning, I was headed there the beginning of March as a birthday gift to myself. Squeeeee! I mean really, this is no time to play it cool. This is something a very small percentage of the world ever see.

This little jewel had been on my Bucket List for over 20 years! We rode horses up the mountain and then hiked the rest of the way in. Our tour guide, Chris Collier, had credibility with the rangers managing the biosphere and we were taken off the tourist trail, into the forest where the research scientists do their work. It was important to them that Americans and Canadians visit the Monarch migration reserve for increased awareness and protection of the butterflies.

As if the experience in itself wasn’t incredible enough, we learned these aren’t the same butterflies that return to the reserve, but the fourth “super generation” of Monarchs that migrate to Mexico in fall. This super generation lives eight times longer than their parents and grandparents–up to eight months!—whereas their predecessors only live 4 weeks. The super generation travels 10 times farther than the other generations, too. These great-grandchildren have an internal GPS and somehow know when to fly thousands of miles south from points all over the US and Canada where they and their parents and grandparents have never been to convene in an area they, nor their parents, nor their grandparents have ever been, battling cold, rain, drought and wind currents to find their way to this magical place to mate. Millions of females then find their way north of the border to lay their eggs on milkweed and die, starting the four-generation cycle all over again. 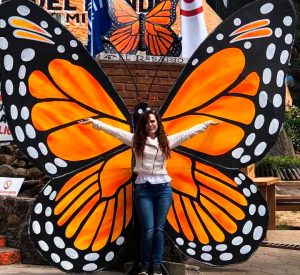 Upon hiking deep into the biosphere, off any discernable paths and hopping across streams and trying not to huff too much as we climbed higher and deeper into the forest, we came upon fir trees with butterfly pods, warming themselves in clusters on branches so heavy they were bending under the weight of hundreds of thousands of sleeping butterflies.

Honestly, feeling a little discouraged as we took stock of all the sleeping butterflies after our long trek, a friend and I took a moment to pray that God might let a little sunlight break through our cloud cover and sent them fluttering out of their pods. Within 15 seconds after our prayer, the first ray of sun hit a sleeping pod and we watched it unfold, like airborne dominos, tumbling toward us in a flurry of titian wings. Soon the air vibrated around us with the sound of tiny heartbeats from their collective wings. There were millions and millions of butterflies and even the seasoned guides were in awe of the spectacle before them.

I didn’t expect the overwhelming rush of emotion that brought tears to most of us as we watched the butterflies. In keeping with the Reserve’s guidelines, we were all hushed, tears slipping out of our eyes and a sense of connection to this miraculous experience that felt palpable and privileged.

The Monarch butterflies are endangered, with their habitats threatened by the need for the local people to make a living by logging. Avocado trees have been planted to provide a secondary income to a select few farmers but won’t produce for 10 more years. The local community makes the bulk of their income in 5 months between November and March but it’s not enough to sustain them. They also need the fir trees for cooking, heat in the very cold months at their high altitude and to sell. They aren’t located near any other type of industry and so the people are struggling, working, trying to make the most of things but they need new sources of income and industry or as Phil Robinson put it, “The butterflies…What an educated sense of beauty they have. They seem only an ornament to society, and yet, if they were gone, how substantial would be their loss.” 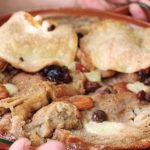 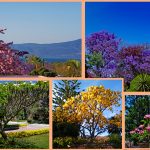