The Ajijic annual event of Zombie Thriller Dancer is part of the Thrill the World global event where people in many cities, in many countries come together to celebrate the dance, their community and raise money for their local charities. Thousands of zombies dance to Michael Jackson’s ‘Thriller’ with exactly the same music with exactly the same choreography on the same day at the same time across the world.

The creation of this world-wide phenomenon is due to Inez Markeljevic, a dance instructor from Ontario, Canada. In a Toronto community hall, Inez taught 62 people the zombie dance in a matter of hours, resulting in the first Guinness World Record for the largest Thriller Dance performed at one locale in 2006. Thrill the World was initiated the following year. According to Wikipedia – 1,722 people in 80 cities from 17 different countries participated in the event in 2007

Thrill the World Ajijic was begun in 2010 and each year continues to draw together people of mixed backgrounds, ages and abilities. For weeks ahead, zombies in training practice the moves in a spirit of camaraderie and fun, rehearse together, transform into zombies and dance their hearts out to entertain the spectators, raise money for charity and just maybe break a world record. The Ajijic group may not have the greatest number of dancers but is very likely to be able to boast being the oldest group in combined ages. One of the dancers is from the original troupe, Several of the zombie dancers are well in their 70s, even one 80 years young member!!

It takes a whole team to bring the performance together. Volunteers create flyers and advertising, arrange the venue, organise registration and sponsorship. Dance instructors and make-up artists also generously donate their time and enthusiasm to the event. Funds for charity are raised from registration fees, sponsors, t-shirt sales reserved seating and make-up fees. A small portion is used for basic fees such as paper and printing of flyers.

The zombies have always performed their macabre dance in the Ajijic Plaza in previous years and this year will be appearing on the Ajijic Malecon by the basketball court area. Increasing number of dancers and spectators will have more space for movement and viewing in the new venue while, of course, enjoying the splendid lake background.

The dance will begin at 4pm and it is a short show, so be sure to arrive early to be certain not to miss it. There is a parade to Six Corners following the performance and an evening party  also near the basketball area in the Ajijic Malecon.

Last year, the group raised and donated over $150,000 for Tepehua in Chapala and the School for Special Children. This year’s funds raised will go to Cruz Roca (Red Cross) towards the purchase of a greatly needed ambulance. 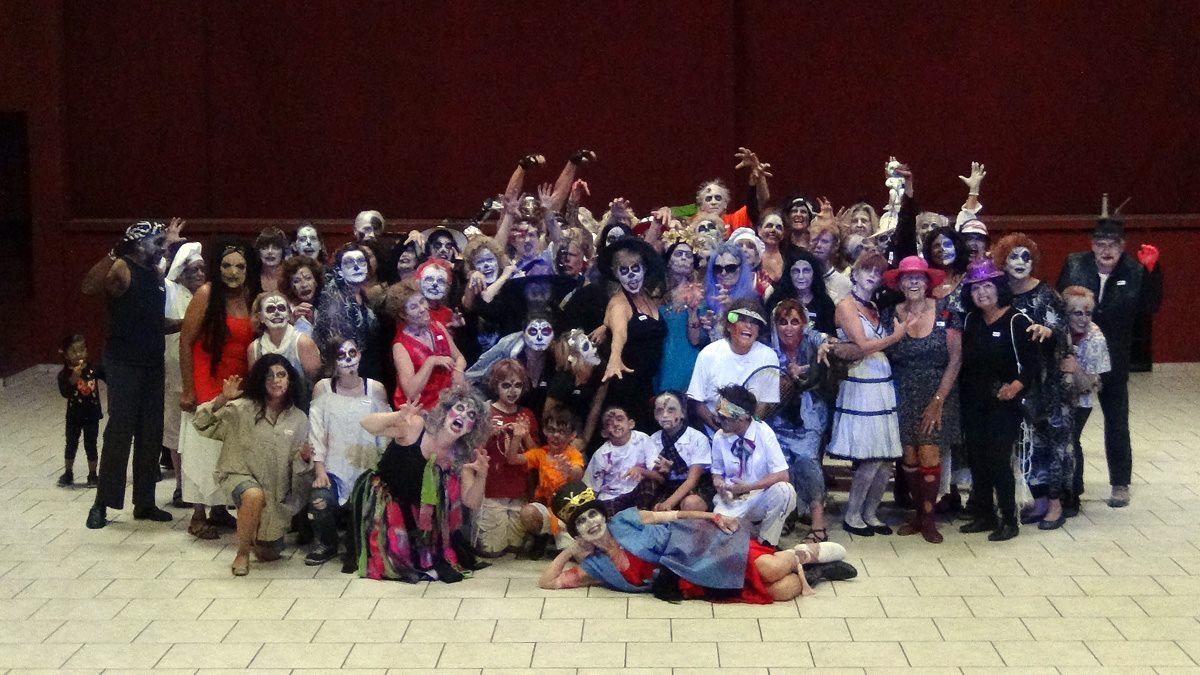 One participant from last year told me she never would have believed she could be part of a dance troupe, especially as a zombie! She also said it was a great deal of fun, especially the feeling of being part of a world-wide event for charity. Spectators can contribute by sponsoring a zombie or donate to this wonderful cause. Enjoy the show! 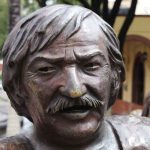 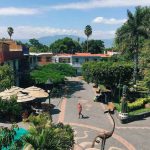 The Mexican Town You Never Knew You Wanted to Visit