Mexico doesn’t usually come up when speaking of slavery, but the truth is that the underground railroad ran north and south. There were many slaves in Mexico who dreamed of freedom but Canada seemed a lifetime away. Fortunately for them, slavery was also illegal in Mexico. 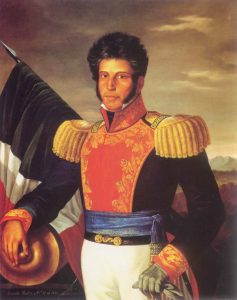 Mexico became the first country in north America to abolish slavery.  Vicente Guerrero, an afro-Indian, became the second president of Mexico and abolished slavery in 1829.  You read that right; Mexico–not the US– had the first black president in North America. Guerrero was the grandson of an African slave brought to Mexico during colonial times and he is a great source of pride for the Mexican people.   Slavery wouldn’t be abolished in the United States for 33 more years in 1862.

Stories about the slaves who floated to Mexico across the Rio Grande River on bales of cotton inspired other slaves to find their way south. Although, it isn’t highly likely that slaves found their way safely to Mexico this way, the imagery lent itself to hope and desperation.

Soon, slaves from as far away as North Carolina, Mississippi, Alabama and Louisiana were finding their way to Mexico. Between 5,000 and 10,000 slaves escaped to freedom south of the border with help.  Mexicans in Texas, or Tejanos as they came to be called, and white American abolitionists laid their lives on the line to help thousands of slaves find their freedom south of the border.

Frustrated that slaves were escaping to Mexico, the United States implored Mexico to sign a fugitive slave treaty. But Mexico refused, declaring that slaves were free the moment they set foot on Mexican soil. Mexico also constitutionally banned any intentional extradition treaty-covering individuals who had been slaves.

Indians were also known for taking in and protecting runaway slaves. The Seminole Indians successfully petitioned the Mexican government for land in Coahuila, Mexico, which was granted. This land, now known as the town of El Nacimiento, still belongs to former slaves’ descendants who live there to this day.

Today, Mexico’s Afro-Mexican population is estimated at 450,000. Their influence can be seen in the food, dance, art and music of Mexico. Chances are you’ve heard a Marimba (a wooden keyboard type instrument struck with mallets) which originated in Africa, while you’ve been in Mexico. Today’s Mexican people are a blend of Indian, European and African ancestors. 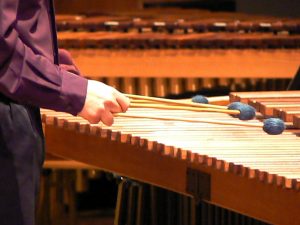 Mexico has forever been shaped by the Africans seeking freedom who were welcomed and protected by Mexico and the people who helped them find their way home through the southern underground railroad. 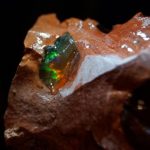 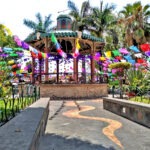