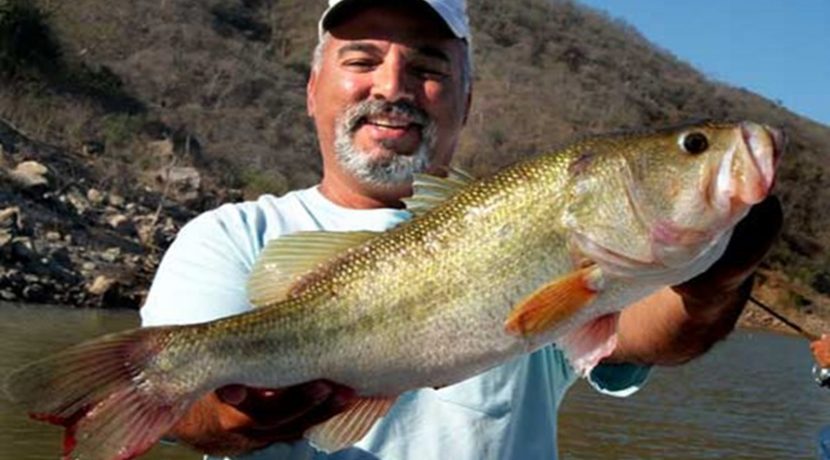 Aguamilpa is one huge lake. It covers 128 square kilometers and was created by creating yet another dam on the ubiquitous Santiago River. If you look for it on the internet, you will easily find 25,000 sites assuring you that Aguamilpa is the place to go to catch big, beautiful, tasty bass.

U.S. fishermen are particularly gaga about this lake. According to Steve Quin of In-Fisherman Magazine, “The lake record for two fishermen in one boat in one day stands at 628 bass!” He also mentions that the largest one caught in the lake so far weighed around twelve pounds and he notes that there are over 330 miles of bass-fishing shoreline at Aguamilpa.

Legendary bass fisherman “Wild Bill” Skinner—supposedly the first person to check out the bass fishing at this dam during a trial period in 1995, says, “Lake Aguamilpa is considered by many as one of the hottest bass lakes in the world. You can catch them in the 3-12 pound range with numbers at times exceeding 100 bass a day per fisherman.”

What these experts are talking about, of course, is “catch-and-release” fishing, as the law only allows you to go home with a maximum of two per day. That regulation might make some potential visitors ask, “OK, what else can you do at Aguamilpa?”

Two of my friends asked that very question and discovered that there are several Huichol villages along the shore where visitors can shop for locally made crafts, enjoy a delicious fish dinner overlooking the lake and even stay overnight in a Huichol hotel. Says Tom Marshall:

“The village is inaccessible by car, bringing with it a peace and quiet that you rarely find these days. The people are extremely warm in welcoming visitors and a range of activities, from horse-riding to boat rides on the river, are on offer. It was an experience I would definitely recommend and one that gives you a much greater understanding of Huichol culture and the challenges they face.”

The drive to Aguamilpa Dam is scenic and particularly pleasant. You could call the toll road from Guadalajara to Tepic “The Basaltic Beltway” because it takes you right past some of the major volcanoes of western Mexico. First you come to Tequila Volcano with its easily recognized Plug or tetilla at the top, then you skirt Ceboruco Volcano, whose crater still sports plenty of hissing fumaroles. As you pass through this area, note the great barren stretches of broken-down black basalt on both sides of the highway. Upon approaching the edge of Tepic, the huge, hulking silhouette of Sanganguey Volcano looms above you on the right. This lets you know it’s time to watch for a bizarre monument indicating the turnoff to Aguamilpa (which may not be mentioned on any signs). This landmark is a work of modern art topped by a tall, skinny, green arch maybe seven meters high. Here you turn right onto a well-paved highway heading for the dam. You’ll know you’re on the right road if you notice a train track paralleling the highway.

Fishing boats awaiting customers at the pier on Aguamilpa Lake.Now comes a one-hour drive through mango orchards and scenic hills dotted with a number of intriguing rocky spires. After you spot Lake Aguamilpa in the distance, keep your eyes open for a Y in the road. The left fork leads to the area below the dam, but you want the right fork, which goes to La Cortina (the dam), the town and the waterfront where you’ll find boats for rent and Cora’s Lodge, a delightful place to spend the night with a dramatic view of the lake. The owner, Mario “Big Fish” Guevara, can arrange as much bass fishing as you like, as well as a visit to one of the Huichol villages. You might even want to take a boat ride up one of the rivers, where it is said you can actually see crocodiles.

Guevara told me that the options mentioned on his Cora’s Lodge web site are geared for U.S. fishermen who may come down to Aguamilpa for five days or more. People living in Mexico, he says, might typically pay 2000 pesos plus tips for a night at Cora’s Lodge plus meals and a day of fishing or sightseeing. “Contact me (coraslodge @ hotmail.com; TEL 045 323 101-0728) for various options,” he recommends, “and don’t forget our summer special: 20 percent off from Monday to Thursday.” If you don’t have fishing gear, Mario will rent it to you.

If you’d like to be a fisherman-for-a-day, just to have that experience, this might be your golden opportunity. You get all the fun of fishing with none of the waiting!

How to get there

Take Mexico Highway 15 northwest to Tepic. At the edge of the city, look (on the right side of the road) for the tall, green “artsy arch” mentioned above (and shown in the sideboard) and turn right. You’ll now be on a well-paved road heading north, past the towns of Francisco Madero and Mesas de Picachos, to Aguamilpa. Remember to bear right at the Y to get to the wharf and the town. Driving time from Guadalajara is about three and a half hours and at least an hour more if you’re starting out from Chapala. 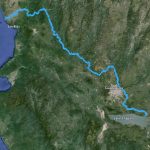 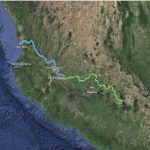