Lake Chapala (Spanish: Lago de Chapala About this sound tʃa’pala (help·info)) is Mexico’s largest freshwater lake. It lies in the municipalities of Chapala, Jocotepec, Poncitlán, and Jamay, in Jalisco, and in Venustiano Carranza and Cojumatlán de Régules, in Michoacán.

It is fed by the Río Lerma, Río Zula, Río Huaracha, and Río Duero rivers, and drained by the Rio Grande de Santiago. The water then flows northwest into the Pacific Ocean.

The lake is also a critical habitat for several species of migratory birds, such as the American white pelican, and home to thousands of indigenous plants and animals.The Audubonistas de Laguna de Chapala holds an annual Audubon Society sponsored Christmas Bird Count. In 2006, some 117 species were identified and, in 2007, the count was 125. By January, 2011, some 173 species were recorded.

During the first world war, in 1915, Norwegian speculators intended to make Chapala a luxury resort town. A railway was to be built, with segregated carriages. In addition to the railway, the speculators would also have provided two motor vessels to traffic the lake with connections to the other small towns at the lake borders. A first class hotel was to be built, likewise an automobile club with attached casino. An extensive dam, 8 kilometers long was to provide dry land with plots for luxury dwellings. What the shareholders in the company, “Compania di Fromento di Chapala” received, was only photographs of railway carriages and locomotives.

In recent years, because of the benign prevailing climate and attractive scenery, a substantial colony of retirees, including many from the United States and Canada, has established itself on the lake’s shore, particularly in the town of Ajijic, Jalisco, located just west of the city of Chapala. 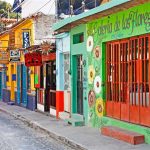 What does Ajijic mean? 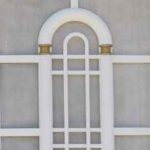